Expect to watch the entire TED Talks video library, with subtitles in over 90 languages. Bookmark talks to watch later or download talks to watch when you are offline. Play on your device or send to your home entertainment system via Chromecast.

Those are just a few of the nice features of the TED’s app for Android. 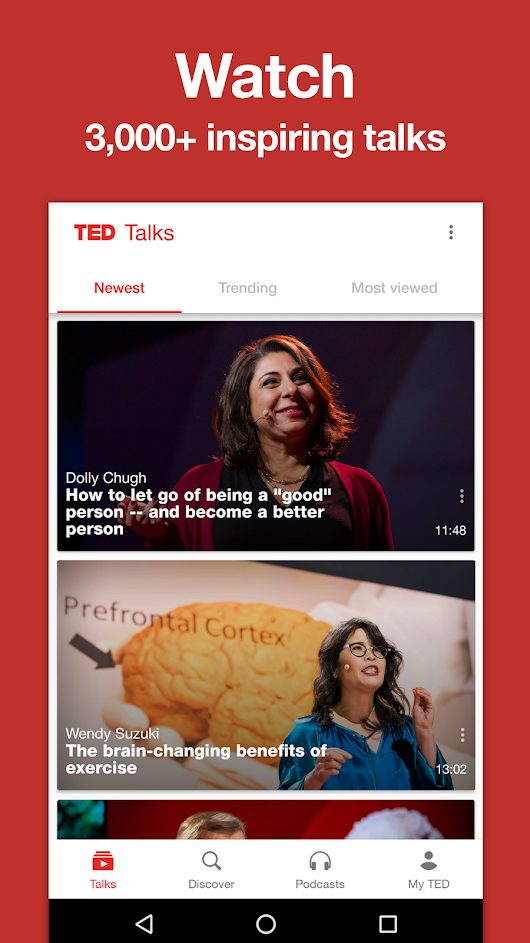 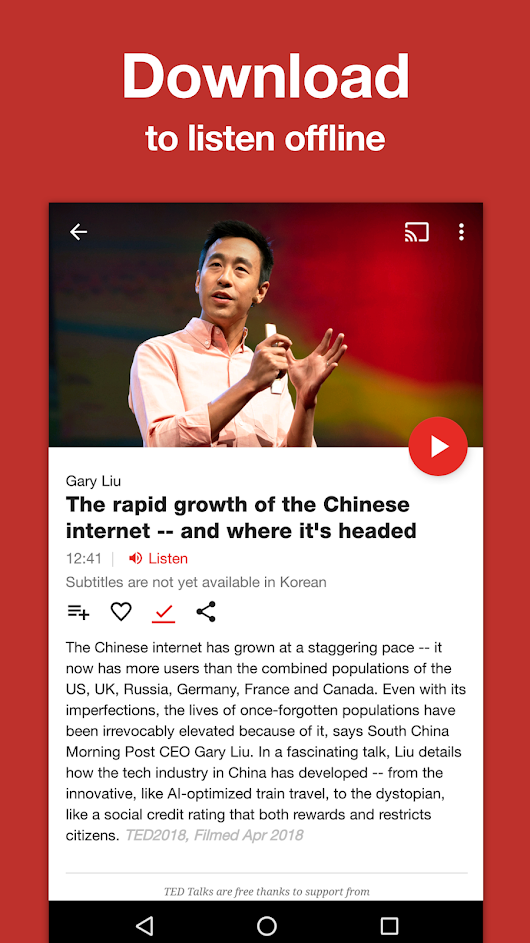 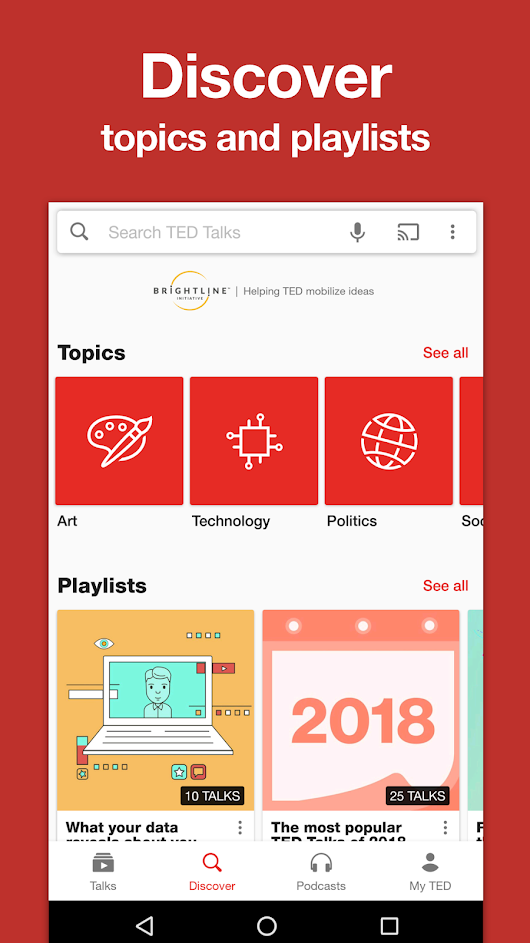 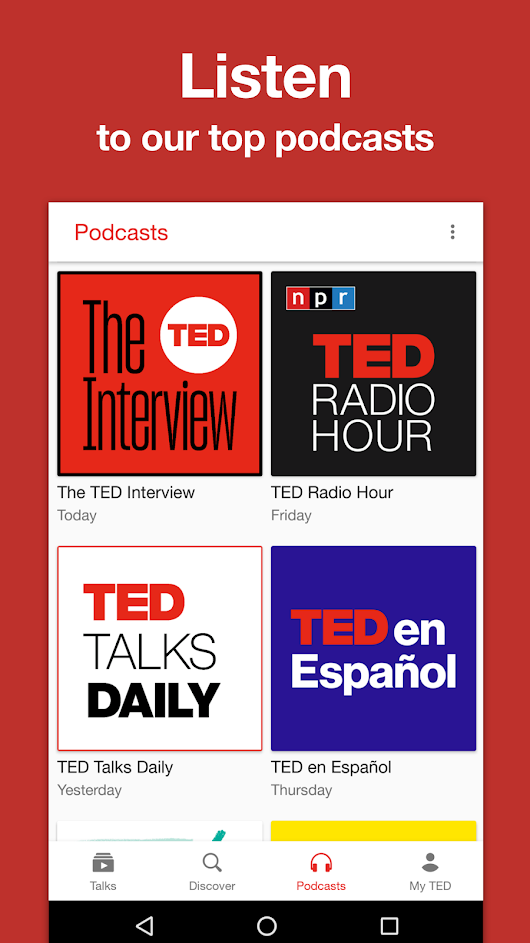