From all the apps around officially from the NFL, NFL Game Pass is the only one compatible with Chromecast. With an NFL Game Pass subscription you can watch Live NFL games on all your Android devices including smartphone and tablet. Watch live Preseason and Regular Season games, plus Playoffs and Super Bowl. With NFL Game Pass you can also get access to: NFL Network Live, NFL RedZone, Archives, Condensed Games, Coaches Film, scores, stats and more.

Actually we think this app its almost complete, it is mostly to watch all the NFL season everywhere you want, but if you like things well done we recommend you to download: NFL Mobile. There you will get lots of info about NFL and your favorite teams. So remember, with NFL Game Pass you will have all access to all games but you need to pay, also you can cast the content to your Chromecast. With NFL Mobile you will have all the info you want about National Football League but no access to live games.

Note: NFL Network its not available in Canada. Playoff games are not available live in Canada, the UK or Ireland, they are on demand only. NFL Mobile its free. NFL Game Pass its free, you have 5 minutes to try the app, after that you must buy the pass season to still watching games. 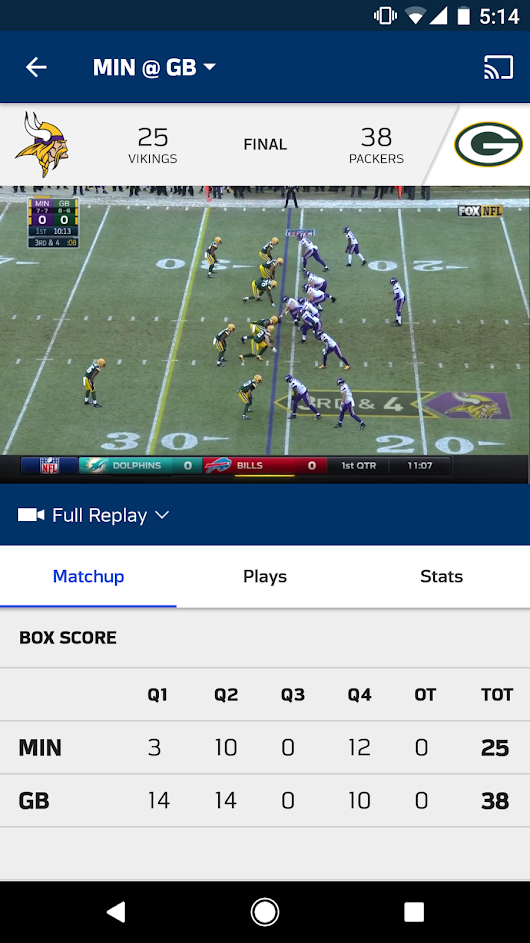 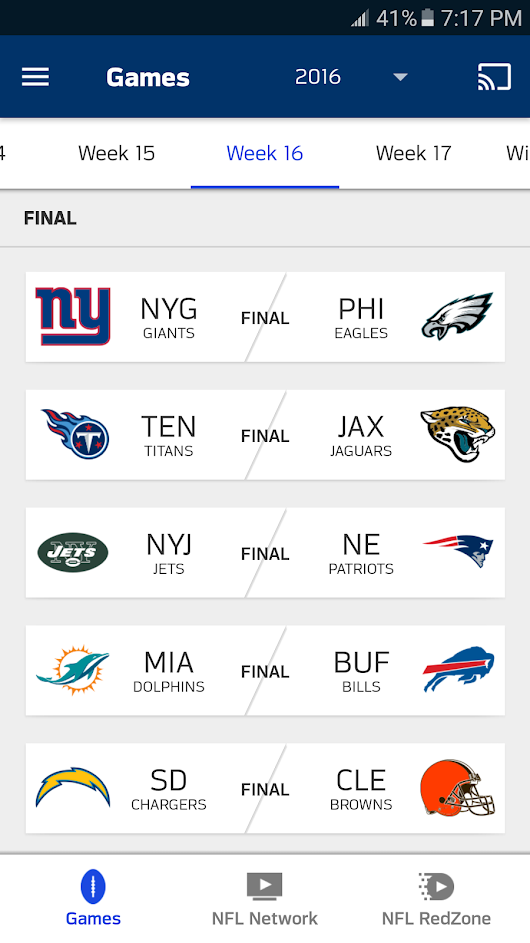