Jump ‘n Bump is a simple game that can be played by up to four people simultaneously. One to four rabbits can hop from a friendly staging area into an arena, where their only goal is to jump on each other, causing them to explode into giblets. Blood doesn’t disappear, so the environment eventually gets pretty bloody.

The arena features water that the bunnies can swim in, slippery ice, a springboard, and a swarm of flies. It need Chromecast to run.

Note: You need at least two players to enjoy this game. 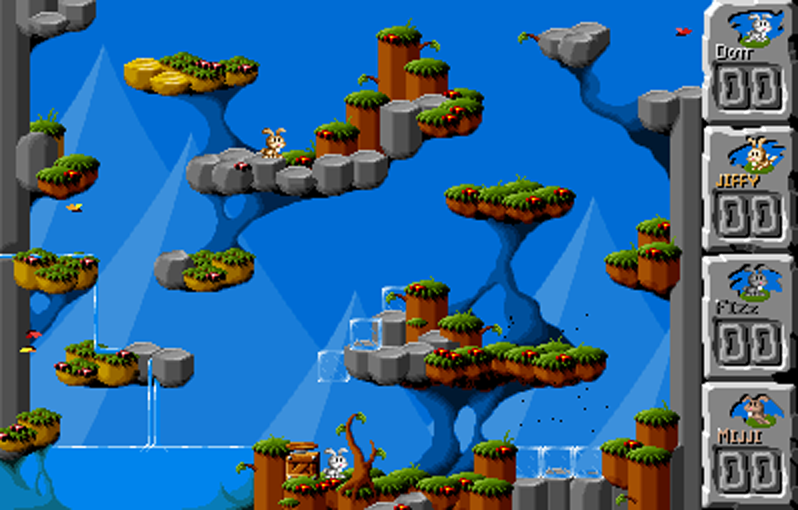