In this fun game for Chromecast, everything is done through your friends or familiy Android devices and a Chromecast enabled TV.

There is a time limit for each round. After the game has been started a countdown counter shows the playing time left. When the counter reaches 00:00 or someone has ended the game, it’s time to speak out. You have 30 seconds to answer. For each correct answer you get a point. A scoreboard keeps track of the points. You can play rounds until the first person reaches a number of points (for example first to ten points).

Note: The Spy Game is a fun game for 3 up to a maximum of 9 players. 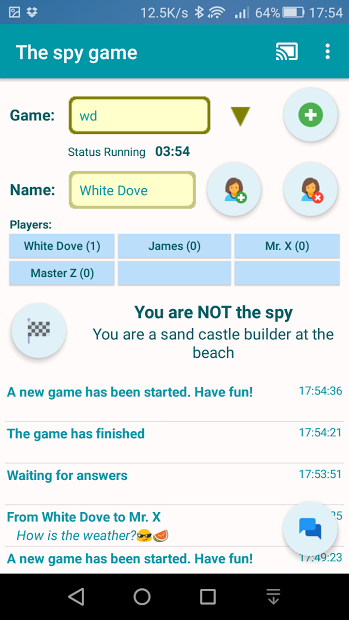 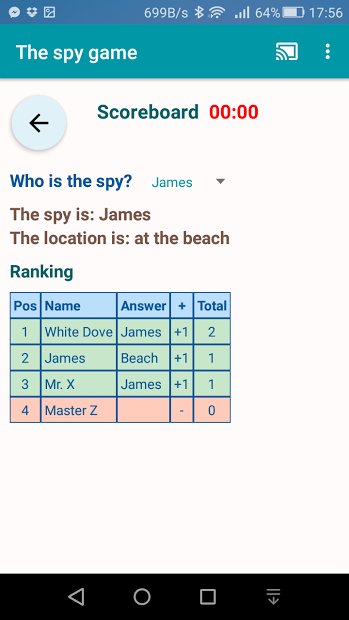