Attention: To activate the ‘Chromecast’ option you must first play the tutorial. Through the same explanation of the tutorial, they will show you how to cast the game with your Chromecast device.

Do you know a video game called Mario Kart? Well, who doesn’t? This Angry Birds is quite similar to the classic Nintendo game. For those who do not know what kind of games those are, they are racing games with power-ups. Normally you compete against your friends or an AI, you pilot karts and while you run, you get different powers to crush your opponents, like accelerate, etc …

While you get points, complete circuits and missions, new characters and karts will be unlocked. Run like a bird or pig in a 3D world. Upgrade your car to compete on a lot of tracks, roads, aerial acrobatics contests and off-road racing. If you still think it does not sound fun at all, there are awesome special powers to crush your opponents off the road and special powers that are unique to each character.

Note: We recommend playing connected to a WIFI connection. This game is free, but offers in-app purchases. Each Android device must have the game installed to play in multiplayer mode. 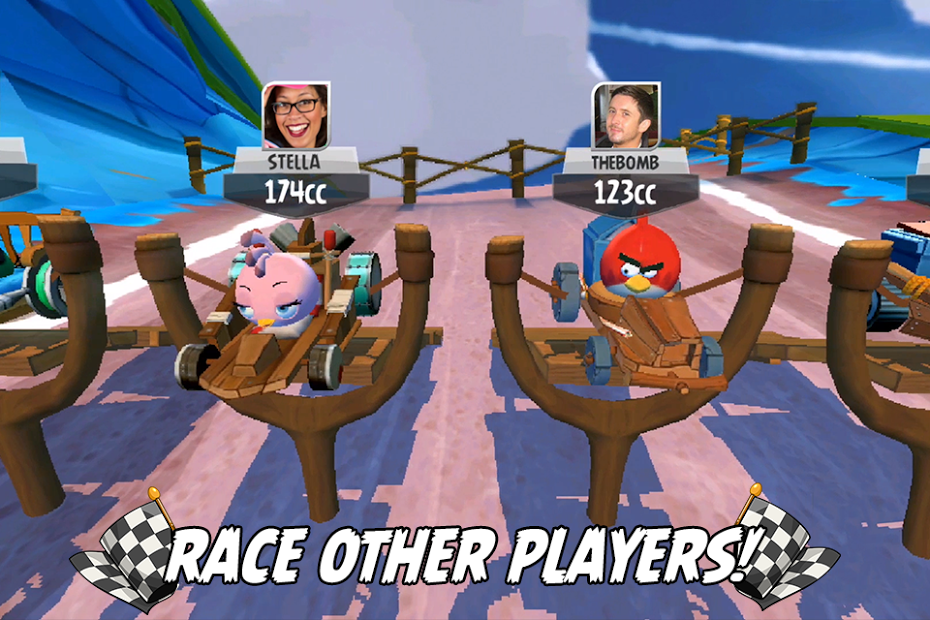